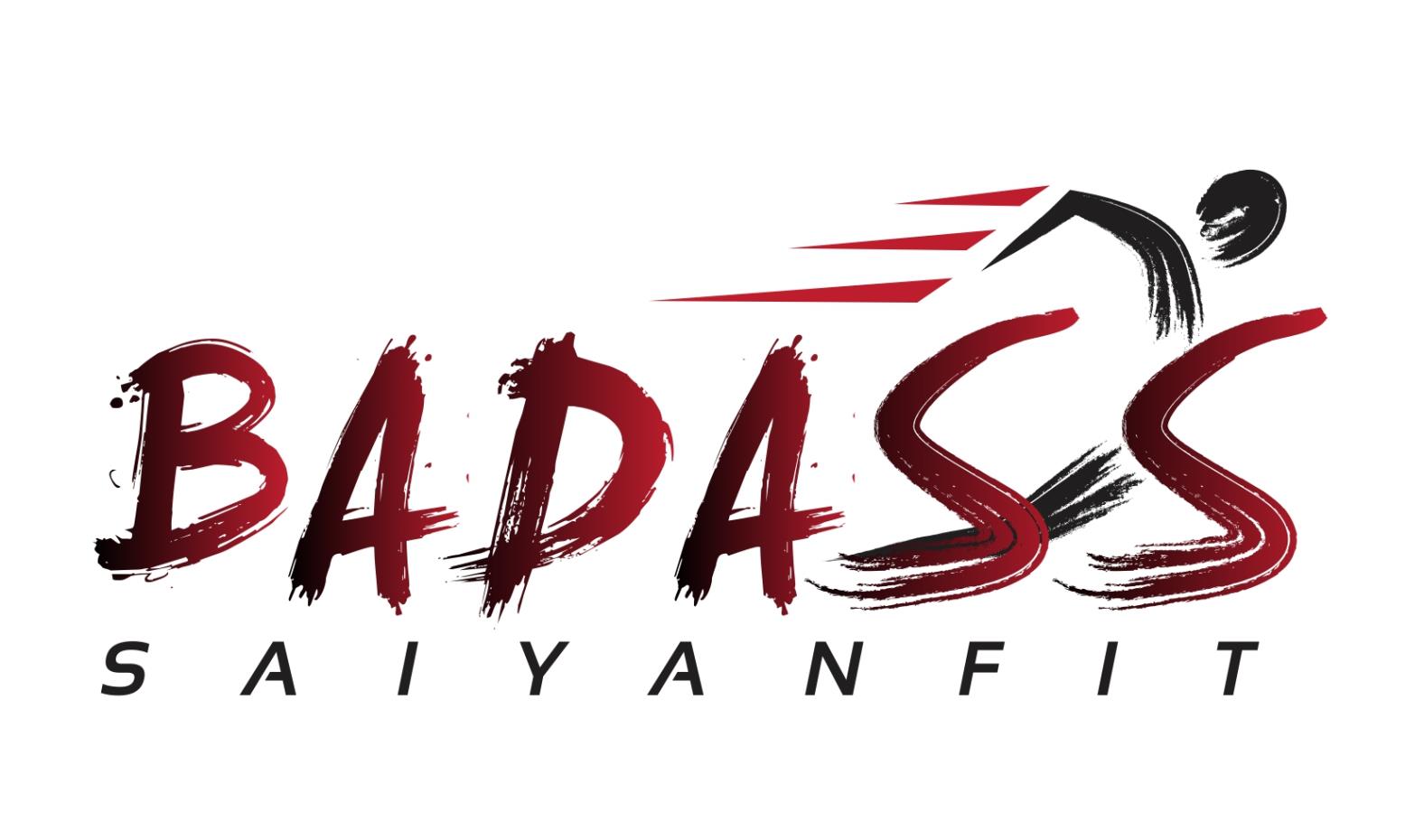 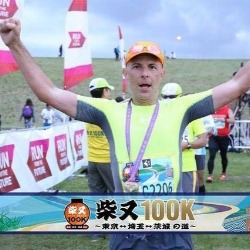 "I needed more than just schedules and cheerleading"

When looking for a coach, I wanted someone who had been out there and done what I wanted to do. Also, it was important to have someone in Tokyo that could see me, my physical makeup, my running abilities rather than just an email. Of course, price was important to me as well. Lastly, I wanted/needed more than just schedules and cheerleading; I wanted brass-tacks coaching that would make me a better runner. So I considered: 1) does this guy practice what he coaches? 2) what kind of support will I receive that is superior to online coaching solutions? Will I get the most bang for my buck?

In one year the results were Personal Bests at all race distances: 5K, 10K, half, and full marathon.
But one of the things that was even more important to me is that I gained a heck of a lot of knowledge about what it takes to make those results, be it mind-set, nutrition, cross-training, and tweaking a run or a schedule in ways I had never considered.

And yep! I would recommend Harrisson's coaching.
See above. Also, Coach Harrisson is a heck of a nice guy, contentious and always goes over and above. He probably coaches harder than I train!  If you're looking to improve, coaching is the fastest, safest, best way to get results. What I've found with Coach Harrisson, though, is that he practices what he preaches and supports all his padawans with great Force. 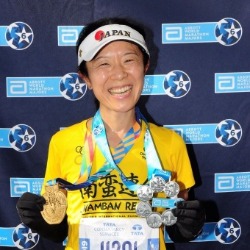 "I had so many doubts before we started working together"

I have never worked with the personal coach so I wasn’t sure what kind of relationship we would build. I may not have fun if the relationship is “strong teacher-student” because I have to follow the coach’s opinion and cannot make any decisions by myself. If the relationship is too friendly, I may not be able to trust him as a professional coach. I also doubted whether the coach would be able to help me achieve my goals. Famous running clubs and coaches marketing is to usually give examples of athletes whom they coach and who achieved their goals, but I didn’t get these kinds of info about Harrisson before we started working together. I had so many doubts before we started working together, such as “how often we can meet up”, “how will he give me feedbacks”, “does he understand female athletes problems”, “is he calm or always mad”, etc.
As soon as we met, before starting the training with him, most of my psychological obstacles and doubts disappeared.
He first asked me so many questions to understand not only my goals but also my personality and my life plan. We deeply discussed the meaning to achieve the goals and helped clarify what I can and want to do. It was very important to me because this process actually affected on my career and identity. Once we started training, I've never doubted him. He always gives me professional opinion with no lies. He doesn’t ignore any small sign from me and always respect my opinion. He always put us in his shoes and motivates us and surrounds us with calm, charming, and very positive mood.
In 18 months training with Harrisson, I was able to improve my marathon personal best time by 13 minutes, from 3:18 to 3:05
which qualified me for the elite race Osaka International Women Marathon !On top of that, he hasn’t retired from racing. He has been training for his target races and aiming to achieve his goals. He is learning  from his training and shares his experience timely.
I would definitely recommend him as a coach!! It is hard to find someone better than Harrisson. 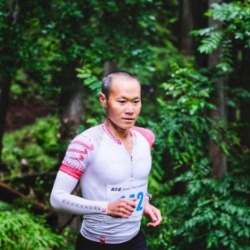 "I had the highest ITRA score when under the coaching program"

Around 2015, I was quite keen to engage a coach for my running having been sold the idea from pro cycling. I started to look out for coaching services and my criteria were yet simple but also a non-negotiable requirement:

a. must be a runner himself/ herself

b. must understand nutrition

c. someone I can get along with

I knew Harrisson back in 2006 as we were from the same local running club but it wasn't until 2015 when I was looking out for a coach that I knew he had a coaching service - cos he didn't advertise! I decided to engage him based on my gut feel and also how his philosophy fitted with mine i.e. training, sleep and nutrition are of equally importance. He was upfront at that time highlighting that he had no qualifications yet but he was in the midst of completing them (coaching, nutrition and weight training). That itself was a non-issue for me but rather a positive news as that was the trinity that was important to me..

Apart from the training programs, one of the other major impact to my life has been incorporating a 36 hours fast once a week.
This started out as a fast-track to weight management but is now part of my weekly routine, having recognized the health benefits of fasting. I also suffered from tight hips due to desk-bound job and had an anterior pelvic tilt when running. This had  been discovered by the coach while filming my run and corrective exercises were prescribed and these issues are now gone. Added bonus - this had been verified by my long time acupuncturist.

I would recommend Harrisson as the benefits are clear, verifiable and quantifiable. I had the highest ITRA score when under the coaching program and my 5km PB bettered the previous set 20 years ago. More importantly Harrisson understands the role that nutrition, recovery and strength training has to play. Perhaps above all, the importance of being injury-free!

Coaching works both ways and is equal part science and art. The coach understands this. The trainee has to understand this as well and also learn how to listen to his/her own body to extract the maximum benefit out of the training program. Added bonus - one gets a mean box of macarons and cakes too on special occasions. 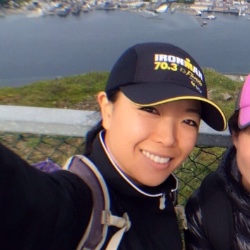 " I hated running, and I never wanted to hear the word marathon again "

In mid 2013, I found myself in Japan and out of shape. In America I had always been in a gym or some sort of hobby/sport. In Japan, I questioned the quality of the instructors of said hobbies, and the gyms were far too expensive for my taste. I started running just to keep myself active. I hated it. I reached out to a running group for some motivation, and walked out with perhaps a bit too much. Everyone was applying for the Tokyo marathon and eventually, so did I. Unlike most people, I actually got in. Fast forward a few months into early 2014. Tokyo marathon complete, as well as Nagoya women’s marathon shortly after. I did what I set out to do, felt physically broken, and emotionally fell hard into the post marathon blues. I couldn’t train due to the physical toll on my body, so when I was ready to put my shoes on again, I felt that all the running training in my body was gone, I hated running, and I never wanted to hear the word marathon again.

Sorry for the long intro. Enter Harrisson. I found Harrisson through the running group Namban Rengo in Tokyo, and found that he was doing some personal training. Although I said (and still sometime say) I hate running, it had kept me in slim and in shape. I decided to give coach Harrisson a try.

I had never thought more of running but putting one foot in front of the other.
Working with Harrisson put so many more dimensions to running than I could have imagined. I didn’t realize the depth and scientific detail of what went into each stride. Even if I never rarely ever saw coach, he was always there. If I felt pains, he would sense oncoming injuries and lead me through injury preventions measures. He inquired about my diet and sleep patterns. He was not just sending me workouts once a week, but he was constantly there if I had problems or if I had questions. He made himself available, and he listened. Feedback on the week was always important to him because he would consider this in formulating the following week’s schedule.

Nowadays you can find workout routines pasted all over the internet. Having a coach is different.
No matter how painful the workout, once you finish, you are glad you did it. Unfortunately left to our own devices, more often than not, we don’t start let alone finish. I took a few months off from training with SaiyanFit, telling myself I would still go for some easy runs to keep me in shape. No such luck. Having someone there believing in you, and putting their time and effort into your personal advancement is unparalleled. After a long day of internally arguing with myself not wanting to run, this is what gets my running shoes on. You set goals together and he is there to hold you accountable. Whether your goal is to fit back into those jeans, or finishing an ultra marathon (if you train with SaiyanFit the former may lead to the latter, you have been forewarned) he will take you seriously, and make you take yourself seriously. It’s been over 3 years now, and I can’t recommend Harrisson and SaiyanFit enough. 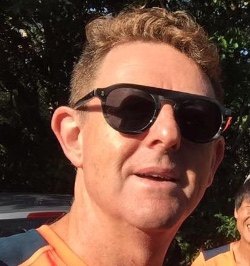 [...]. The following narrative is my attempt at introducing all of the pieces of the puzzle that came together for me on Sunday June 4, 2017, allowing me to successfully complete a long-held dream; that of running the Comrades Marathon in South Africa.

In October last year, I asked Harrisson Uk to coach me and manage my training regime for 8 months until race day. Harrisson, an extraordinarily gifted man possessing no end of talents, kindly accepted. This was not just some random running guy who would e-mail weekly training schedules; this was the ‘real deal’; a fully-fledged and fully-committed coach who would manage my training, my mental and physical wellbeing and all things necessary for me to make it from Durban to Pietermaritzburg. Harrisson coaches many fine athletes in Tokyo, all extremely proficient runners, and all having achieved very high levels of success.  And then, as one day rolled into the next, he was my coach too.

From day one, Harrisson took a genuine interest in me, my training, my work schedules; he afforded me the same time and level of intense support that he provided to all of his elite runners. No centimetres of any training run uploaded on my Strava missed his keen eye; instructions on cadence counts, scrutiny about course selection, demands for updates on my weekly weigh-in, questions on how many hours of sleep I was getting a night, how much beer was I drinking, what milk I was putting in my latte coffees, how was I feeling on recovery days. But, questions are questions and data is data; Harrisson is more than that; so much more. Out of data he collected, he looked for trends and constantly helped to provide solutions for all sorts of issues that arose during the course of my 31 weeks of training.  Harrisson not only put the very first pieces of the puzzle in place, but with pin-point accuracy he added to it each and every day [ ...]